Check out our new app to find attachments by file name, format, or uploader in Jira Cloud. 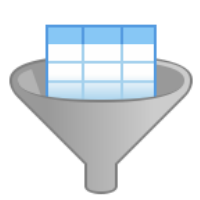 Table Filter and Charts for Confluence

New in this release:

The chart displays multivariate data in the form of a two-dimensional chart of three or more quantitative variables. The chart can be applied to sort the variables into relative positions that reveal distinct correlations, trade-offs, and a multitude of other comparative measures.

Fixed in this release: