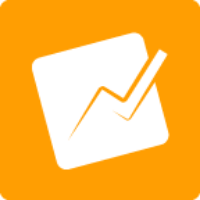 Find data about indexing for troubleshooting

Awesome Graphs entries about indexing are recorded in the awesome-graphs.log file located in <Bitbucket home directory>/log.

Information about data indexed by Awesome Graphs is available in Bitbucket Administration> Troubleshooting and support tools> System Information and in a support zip. This information is helpful when troubleshooting an app related issue and includes the following statistics.

In Bitbucket UI and Support Zip

Awesome Graphs adds the following data in Bitbucket Administration> Troubleshooting and support tools> System Information and in a support zip:

Each status in the indexing queue has two figures X/Y:

Only in Support Zip

Awesome Graphs adds the following data about each repository in a support zip:

Performance monitoring with the help of JMX

JMX (Java Management eXtensions) can be used to expose Awesome Graphs data from Bitbucket to monitor how indexing goes. Details about the statistics that you can capture are below.

Tickets mean tasks of indexing repositories and refs by our app.

You can learn more about JMX and benefits of its usage from Enabling JMX counters for performance monitoring.

If a repository could not be indexed, admins will get a notification via Bitbucket alerts. It helps to quickly detect and solve problems.