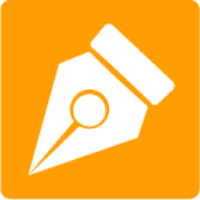 This page provides you with the information about public releases of InPlace Editor for Confluence. Here you can learn what new features were added and what issues were resolved.

Fixed an issue that emerged when opening the editor

Fixed an issue that emerged when opening the editor

Resolved the issue with previewing the Page Properties Report macro

Resolved the issue with saving the app configuration

Resolved the issue with the incorrect positioning of the Cancel button

New feature: An option to choose when the editor opens – after clicking only the pencil icon or the whole heading

Bug fixed: Changes are applied to all identical sections on the page.

Bug fixed: Impossible to save global InPlace Editor settings if Confluence instance has more than 2000 spaces

Decreased the click area for headings. Optimized the add-on for multi-level headings.

Compatibility with Task Report macro has been improved

Bug fixed: "You are not logged in" when two users have edited the same section.

Support for editing content inside macros and Confluence layout

Setup of the space specific configuration and individual heading levels

Setup of the space specific configuration and individual heading levels

Compatibility with Confluence 5.8 has been improved

Some compatibility issues with SQL Plugin and PDF preview were fixed

Some bugfixes were backported

Compatibility with IE8-9 on Confluence 5.4 was improved

Adds compatibility with Confluence 5.4 and resolves issue with blog posts.

Critical bug-fix and compatibility with Confluence 5.1.

This version brings compatibility with Confluence 5.2.

Bug which can lead to loss of a section text while editing was fixed.

Add-on gets the tutorial highlighting key features and the Feedback button.